What is a Sinkhole and how do they emerge?

Home » News » What is a Sinkhole and how do they emerge? 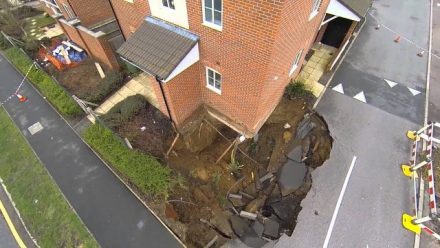 What is a Sinkhole and how do they emerge?

Sinkholes appear in many forms and happen across the world, even in places you least expect. A sinkhole, is a hole in the ground, caused by erosion or some form of collapse of the earth’s surface layer. They can be small or large enough to be danger to buildings, cars and humans. .

One of the most well-known sinkholes in the UK, occurred in 2014 when a 15 foot crater opened on the M2 in Kent. There was also the recent case in Hemel Hempstead, when several homes had to be evacuated after a 35ft sinkhole opened up in a residential street. So how do they appear?

How do Sink Holes Occur?

Can Sinkholes be caused by man?

The Answer is yes. Manmade sinkholes are created when city development compromises the structural integrity of underlying rock. Roads, buildings, and other types of construction may cause water to collect in certain areas and wash away the supporting rock layer (especially at low sea levels and after a heavy rainfall).

Sinkholes in the UK

On the 12th February 2014, news broke of a Sinkhole appearing on the M2 in Kent. This Sinkhole reached 15ft in depth, on junction 5 and 6 near Sittingbourne. Fortunately, the sinkhole did not collapse the road. 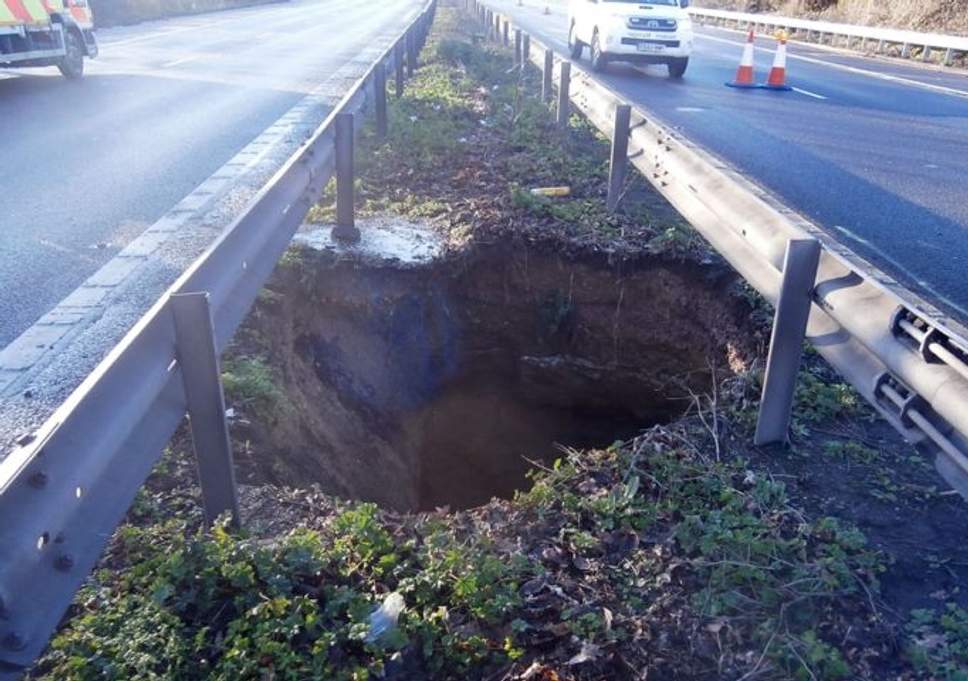 Coincidently, also in February the same year, a huge hole estimated to be 35ft wide and 20 ft deep appeared next to a house in Hemel Hempstead. 17 houses were evacuated.

It was reported that sinkholes appeared on these occasions due to exceptionally heavy rainfall.

At Macleod Simmonds we offer accurate and reliable geospatial surveys both over and underground. Using the latest technology and software, we provide you with accurate data on any anomalies that lay beneath the ground and make recommendations on action required.

If you are interested in finding out more about our services please contacts us on 0330 678 1115 or visit our website www.macleodsimmonds.com for further details.